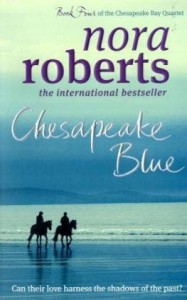 Seth Quinn. The last Quinn brother. A Quinn by blood and not just by name.

His artistic endeavors have made him travel around the world, but now he's finally back. Back home. With his family, where he belongs, ready to spend the rest of his life in St. Christopher. And he has an inkling as to whom he might like to spend it with.

If and when he gets rid of the burden that he's been carrying for more than a decade.


With Seth's story we've reached the end of this series. In more ways than one. All the Quinn brothers are accounted for, they all have their stories and their happily-ever-afters. And the past has finally been laid to rest. So to speak. And maybe not finally. But Quinns being Quinns they'll deal. As is the Quinn way—together. One for all and all for one.

It was great seeing the Quinns doing what Quinns do best in this book as well—at the top of their lungs, curses and insults flying, people flying in the water, punches and hugs evenly distributed...What a great, loud, warm family they are. Full of love, and full of heart. Nowadays you don't see such families in real life so its great at least to be able to read about them. They're a unit. Indestructible, connected by bonds that transcend blood. And it was amazing having spent these past few days in their company. (Yes, I know their fictitious!)

Well, I'm rather at a loss for words with this one, so I'll keep it short and simple. Nora Roberts knows what she's doing. There was drama, there was romance, there was laughter, there were tears, there was angst...All wrapped up in a nice package of tight plot, wonderful characters, great 'landscape', and fluid storytelling.

I know this was Seth's book, but his life and his story was so intrinsically enmeshed in the overall family unit that were the Quinns, that I think of him, of all of them actually, not so much as separate individuals, but Quinns. Simply Quinns. And I'm glad Seth, and the others, found wonderful heroines that fit into the family so well.

And what I loved best about this story? Beside the family and the humor? The fact the romance didn't suffer from a road-block toward the end of the story. There was no separation, no big argument, no threats of leaving...Dru and Seth did face a hurdle, but they overcome it, rather quickly and smoothly, making me breathe a nice, deep sigh of relief.