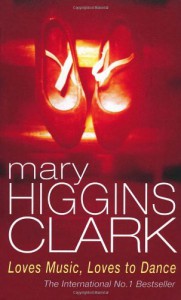 Darcy Scott convinces her best friend, Erin Kelley to participate in the research for a documentary on personal ads by playing and answering a few of them. A couple of weeks later, Erin is dead, strangled and wearing mismatched shoes after one of her dates and Darcy, guilt-ridden, decides to find the murdered, no matter how many dates it takes.


There were simply too many characters in this book, most of which had little to nothing to do with the main story arc and just inserted into the storyline to keep everyone guessing. Which would be a good thing if the fact every single one of those characters had to have at least one paragraph dedicated to them and/or their inner workings and/or their friends/family didn't make this story rather choppy.
It felt all over the place and this jumping sideways from character to character made for a rather poor reading experience. Especially in the last chapter, during the big finale, when the story kept jumping from the killer and victim to the rescue party and back. The choppiness of narration diffused the suspense too much.

The main protagonist, Darcy Scott, also left much to be desired, merely augmenting the problems of the story. She wasn't exactly TSTL, but she was an idiot. What did she think to accomplish by going on all those dates? She wasn't a detective, she wasn't law enforcement, and she had absolutely no skills or idea as to what danger she was putting herself into. Case in point, she failed to see the killer as the guy was right there, in front of her nose, because she was just so nice.